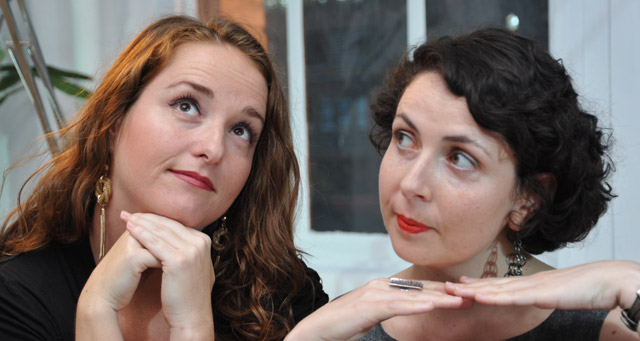 Joanne is the founder and president of The Joanne Weaver Group. She opened up shop in the fall of 2007 with the guiding principle that good user-centered design is a kindness to our fellow human beings--it makes life easier and more beautiful. Joanne puts good UX into practice in the very way she recruits: her guiding philosophy is to only work with the best of the best, have laser-like focus, provide a high degree of customization and attention to detail, and most importantly, infuse it all with a sense of shared purpose and humor.

Her path to The Joanne Weaver Group was digitally focused from the start, beginning at the early San Francisco dotcom start-up Scient, where she fell in love with the industry and its entrepreneurial spirit. She later made New York City her home, and after years of agency recruiting top digital talent for boutique design firms and F500 clients, she worked in-house at Razorfish as their national UX talent sourcer. There, she became integrated into the UX community as a guide, connector, and a friendly presence to all.

Joanne participates in several professional organizations, including UxPA, IxDA, and GA, and she has written as a guest blogger and been featured in video interview series focusing on UX recruitment. She has a degree in Integrative Biology from UC Berkeley, is a Chi Omega Sorority alumna (and was chapter president for a year), and avidly played competitive sports from an early age.

She is an unwavering supporter of people following all their dreams in life, and she walks the walk herself. Music is a long-standing passion in her life, and she regularly sings spacey sci-fi triphop and jazz around New York City. She’s performed at The Flatiron Room, The McKittrick Hotel (home of “Sleep No More”), The Wooly, Toshi’s Living Room, and Theatre 80. She is launching her second full-length album, Interstellar Songbook II, in the Fall of 2014, and has released three music videos. She also enjoys being wacky “Auntie Jojo” to her two nephews in Memphis, exploring the world internationally, throwing “no cellphone parties,” and further adding to her “Manicure on a Cat” series on Instagram.

Rebecca joined forces with The Joanne Weaver Group in 2010 to become the agency’s Recruiting Manager. In addition to having a well-respected career in recruiting since 2007, her approach is informed by over a decade as an interactive industry project manager, small business manager, and career coach. She and Joanne met when a mutual candidate connected them, recognizing their shared high-caliber approach to recruitment, as well as their creative pursuits as artists.

With her history in the agency trenches, Rebecca has a deep understanding of the positions she recruits for from the inside out. Prior to recruiting, she was a digital project manager for such high-profile network agencies as Ogilvy, Tribal DDB, and Health Science Communications (Omnicom), as well as boutique independent digital shops including Fusebox and SuperNova. As a seasoned department head and hiring manager, she understands the intricacies and importance of building an effective team that clicks. And with her wide reach, she helps her clients tap into the vast professional network that she built by working as an insider for over a decade.

Rebecca’s passion is helping people get to the next stage in their careers, often with the focus on realizing their creative goals. She has a professional certificate in Career Planning and Development from New York University's School of Continuing and Professional Studies (SCPS), a degree in English Literature from McGill University, and is a proud alumna of New York City’s own Stuyvesant High School. She enjoys attending professional networking events for associations like NYC UxPA, IxDA, SheSays, and the New York Tech Meetup, and has volunteered as a “speed resume reviewer” for UxPA and Vault/New York Public Library.

A native New Yorker, Rebecca enjoys exploring her city as well as jetting about internationally. An active social networker, she loves staying digitally connected. In addition, Rebecca is a visual artist--working in the very non-digital mediums of embroidery, comic books, and pen & ink--and has exhibited her work at galleries and museums in New York, San Francisco, Toronto, and Provincetown.

Have a referral for us?

We meet many of our candidates through trusted referrers, and we award many referral bonuses every year. It’s one of our favorite things to do, as it’s such a win/win/win situation: our client is happy, your friend gets a job, and you get a bonus. You'll be eligible if we place your recommended candidate longterm in a fulltime or freelance role. For more information, email us for our Referral Bonus Policy.

Thanks for your referral!

We’ll let you know if we place them.
You’re the best.